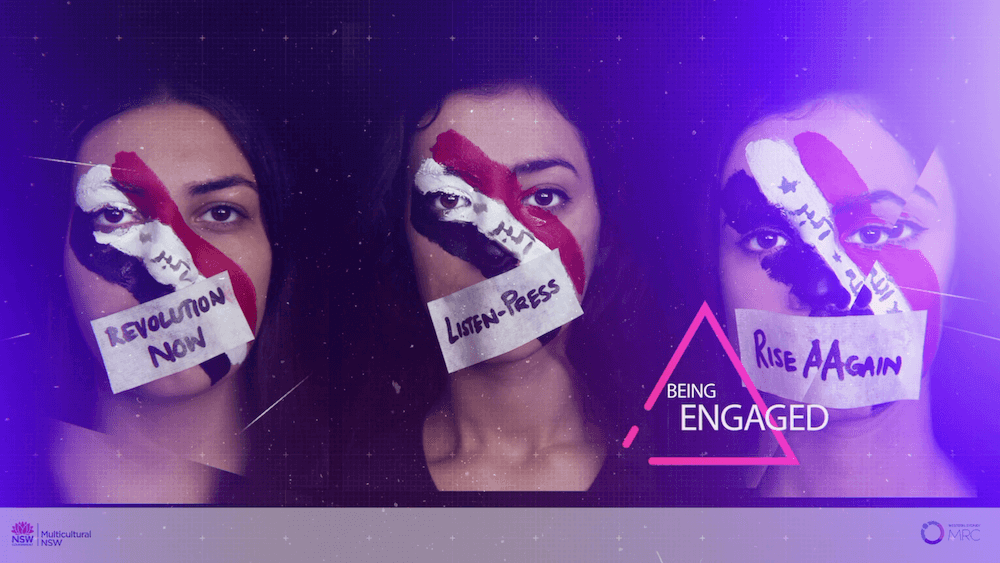 From the consultation, the local Iraqi young people showed a strong passion and were deeply invested in the protests in Iraq. However, they did not have a clear away for expressing themselves collectively. They wished to find ways to create positive support and to overcome feelings of uselessness.

The participants wanted to achieve a range of actions focusing on raising awareness and directly: recreating the issues (e.g. no electricity or internet similar to events like Earth Hour); social media campaigns including using influencers, creating local hashtags calling for action; walks and rallies; sending money and care packages to people in Iraq; and returning to Iraq to directly support the people. Critically, this last and similar suggestion warranted response to the issue—providing safe and constructive avenues for young people to express their passions.

Participants also raised their concerns on being silent in the community—particular to the Iraqi events, there was limited engagement with young people in the community to be heard.

With feedback and support from consulted young people, a youth summit was planned for young people of different backgrounds to create positive messages of support, to raise awareness and to advocate for global and local issues that affect them. The activities of the event focused on the youth-led creation of assets that can be used for social media campaigns and collective political action.

The ongoing Western Sydney MRC ‘2 Worlds 2 Words’ campaign was incorporated into the event to supplement the creation of positive messages and for marketing purposes. Some of the young people consulted were engaged in the marketing of the event.

Western Sydney MRC and our youth group would like to thank Multicultural NSW for funding this event and giving our young people the opportunity to have a voice and be heard.

This website uses cookies to improve your experience while you navigate through the website. Out of these cookies, the cookies that are categorized as necessary are stored on your browser as they are essential for the working of basic functionalities of the website. We also use third-party cookies that help us analyze and understand how you use this website. These cookies will be stored in your browser only with your consent. You also have the option to opt-out of these cookies. But opting out of some of these cookies may have an effect on your browsing experience.
Necessary Always Enabled
Necessary cookies are absolutely essential for the website to function properly. This category only includes cookies that ensures basic functionalities and security features of the website. These cookies do not store any personal information.
Non-necessary
Any cookies that may not be particularly necessary for the website to function and is used specifically to collect user personal data via analytics, ads, other embedded contents are termed as non-necessary cookies. It is mandatory to procure user consent prior to running these cookies on your website.
SAVE & ACCEPT